Where the Rubber Meets the Road- Planning a Successful Afterschool Activity

Building on the concept that the most productive learning comes through active involvement, the effectiveness of any program that seeks to develop skills in youth must be rich in activity. Remember, most of the students sit for almost 7.5 hours a day! They are eager to be involved in activities that allow for action and interaction. Enthusiasm is contagious and movement essential. You do not need a repertoire of several hundred activities. Such a large selection is simply not practical and, more...Read More 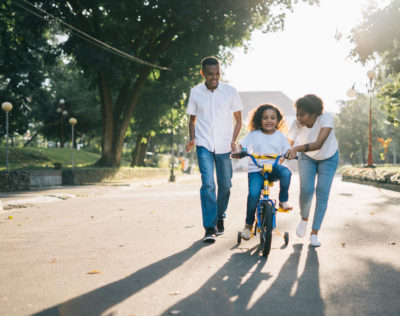 Parents, Your Grit and Resilience Matters Now Too!

I know, I know, you keep hearing it… “It’s been a weird, scary, and wild time in history!” And maybe you’re thinking, “There’s so much we have no idea about! What could possibly be next? How do we get ready for fall if school districts aren’t even ready? What will school and afterschool look like? What about my own job? How can I work from home and keep parenting my kids? I am not equipped!” Your questions are seen and valid. You are not alone. I have been hearing these questions happen all arou...Read More Largely at a loss Nobody has any very good answers amid the anxiety and trauma of these COVID-19 times. But efforts to help, share, and encourage each other have overflowed in online education communities, to the benefit of educators, students, and families. Floods of ideas and resources have come from countless individuals and organizations to help the millions of families whose households have suddenly become classrooms. Please, for example, go get a free download of our coloring book, What’s ...Read More Healthier Generation’s social-emotional health expert, Elizabeth Cook, recently gave me a book called Teacher’s Guide to Resiliency through the Arts. The book explores how creative arts can encourage well-being for children (and adults) experiencing adversity. Here’s one of my favorite quotes: Arts activities that include touch, pleasant smells, visualizations, movement, and/or pleasant sounds all work to soothe the body and restore equilibrium in the brain for rational decision-making. If you’r...Read More Back to School? It’s Time To Let The Kids Do The Talking!

There is power in letting the kids do the thinking and the talking and you can make this happen as you are thinking about starting a new year with your kiddos. A successful day for an after-school leader is when s/he goes home rested and the kids are exhausted from all of the thinking and collaborating! I’d like to share some tips for facilitating more and talking less. In short, working on being a “guide on the side” so that the children do the majority of the thinking and talking. There are pl...Read More Beneath the Iceberg – A Yoga Sequence to Support Children and Youth with Grounding, Self-Regulation, and Focus

Shawnee Thornton Hardy May 2, 2019 No Comments

Let’s face it. Our kids are stressed out and overwhelmed. In our modern times, children are over-stimulated and are struggling more and more with self-regulation, attention, and learning. Educators are feeling the impact of these increased behaviors, thus the reason for increased frustration in the classroom and teacher burn out. In fact, according to a recent poll reported by Primary Sources: America’s Teachers on the Teaching Profession; 68 percent of elementary teachers, 64 percent of middle ...Read More Turning Crickets Into Stories: Objects and Metaphors For Effective Processing and Reflection

Ahhhh! It is springtime in New England, which means summer is just around the corner.  I live in a city and even though my summer days and nights are filled with the sounds of the city, I often will tune out those noises and tune in to the sounds of nature in my backyard; the sound of the wind rustling through the leaves on the trees, birds chirping, the cicadas whirring, and the rhythmic sound of the crickets, who play reggae in my town neighborhood.  While I love to get lost in the sounds of t...Read More

“Go further than you planned. Ask for the moon: you will be surprised how often you get it.” These words of Paulo Coelho are certainly what we want our kids to hear and feel – to reach beyond and become the best person they can be. And we want to be there to help give them opportunities to reach their full potential. The Moon serves as a source of inspiration – influencing aspiring poets, writers, musicians, artists, scientists, explorers, traditional knowledge-keepers in cultures such as Native...Read More 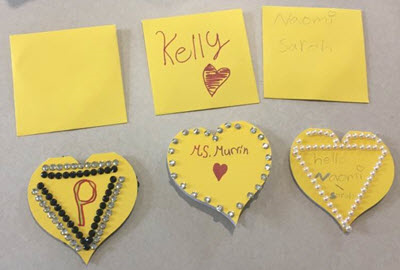 What Kind Of Mark Did You Make Today?

Checking in with your kids each day is a great way to help them remember their values and to focus on the type of person that they want to be. And a great question to ask each day is – “What mark did you make today?” You see, every time we are with someone we leave a “mark” – either a “gold heart” or a “grungy mark” depending on how we treated them. When I was a young girl, my Dad loved to talk about the Golden Rule – “to treat others as I would want to be treated.” The Golden Rule was rea...Read More

A Jewel of a Project: Cassini Mission at Saturn

In the blackness of space, a “jewel” shines in the distant Sun, encircling it once every 29 ½ years. The planet Saturn’s brilliant rings dazzle casual observers and serious scientists alike, reflecting the Sun’s light as though it was a gem. But now, Saturn has a gift from Earth.  After 13 years and 293 orbits around Saturn, on September 15, 2017, the Cassini-Huygens spacecraft dove into the planet’s atmosphere, losing all contact. The robotic spacecraft left Earth in 1997, bound for the ringed ...Read More 8 FREE Resources to Welcome In the New School Year

Happy New Year! Greetings! It is a new year! 2017-2018 starts now! This is a time when you will see kids you know and a time to meet new kiddos. But most important, it is a time to learn from last year and make this year even better. It’s back to school time!     Take a moment to think about what you learned from last year and what your New Year’s resolutions are for this upcoming year, how will you improve your program? Will you concentrate on staff development, sustainable programmi...Read More